I became an Australian citizen several years ago. Near the end of my citizenship ceremony, someone from the stage shouted out loud “Aussie Aussie Aussie” and most people (over 1000) in the audience seats shouted back saying “Oi Oi Oi”, except for me of course.

I looked around and thought ‘what monkey noise is this??? Huh???’ I really didn’t know what was going on. Later I found out that, I was supposed to respond back by saying “Oi Oi Oi” at the ceremony. Because that’s what TRUE AUSTRALIANS are supposed to say when they were called upon. 😅

Anyway, I developed this recipe to celebrate my first Australia day (26th January) as an Australia citizen a while back.

One of the popular activities Aussies do on this day is having a BBQ with family and friends. So this Korean style kangaroo meat BBQ, which is something Australian and Korean at the same time came up as an idea. 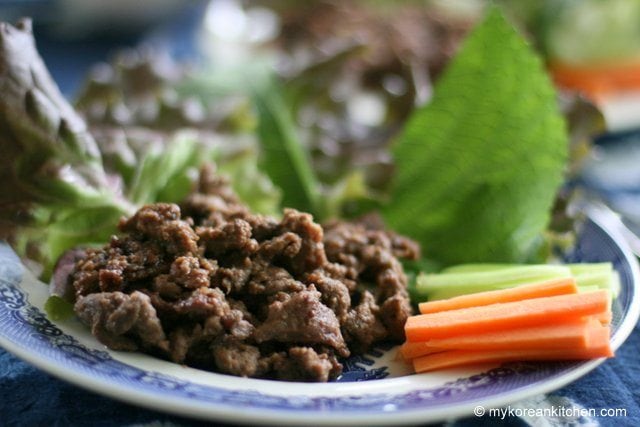 As another side story, I didn’t know until I came to Australia 10+ years ago that you can actually eat kangaroo. I thought it is a very cruel thing to do. Why on earth do you eat Kangaroo? Aren’t they like a pet?

Apparently they are a very healthy meat with a very little fat. But still, I have to say I am not very comfortable having kangaroo meat, even to this day. 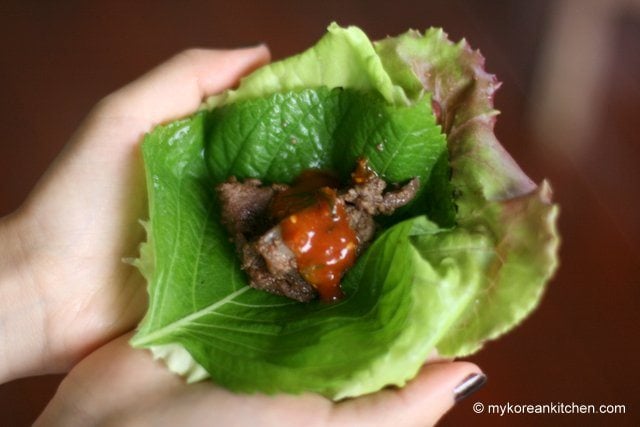 To our surprise though, the kangaroo meat BBQ was very delicious!!! It wasn’t tough nor gamey like most people say. It was so tender even though we cooked it for about 5 minutes on the BBQ (typical recommended cooking time for kangaroo meat is about 1 minute for each side). It tasted like boneless pork galbi if you know what that tastes like.

Anyway, I hope you get to try my recipe. I highly recommend this. Happy cooking!

P.S. The recipe below is adapted from my beef bulgogi recipe to accommodate the different nature of the Kangaroo meat – tough, low fat and known to have a stronger smell than other types of red meat.

Kangaroo Marinade Sauce (blend these with a hand mixer)

**If you want to learn more about Korean ingredients, check my 30 essential Korean cooking ingredients list!

How to Make Kangaroo Meat BBQ

1. Rinse the meat in cold water and lightly wipe the water/blood with kitchen paper. 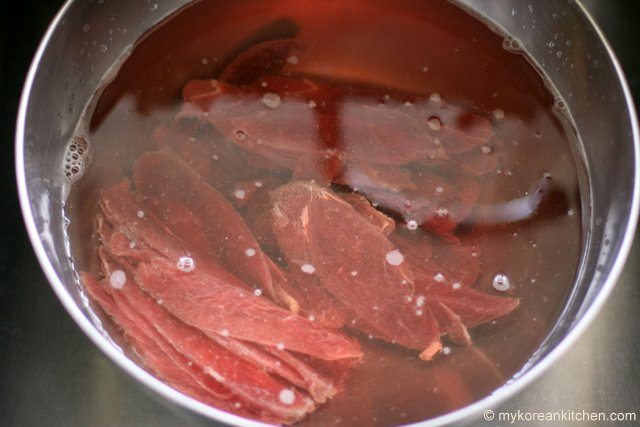 2. Put the meat into the sealable container and add the sauce on the meat, mix them thoroughly. Put the bay leaves on top of the meat, close the lid. Move it to the fridge and marinate overnight. (For your information, I marinated mine for about 32 hours wishing Kangaroo meat to be extra soft and tastier!) 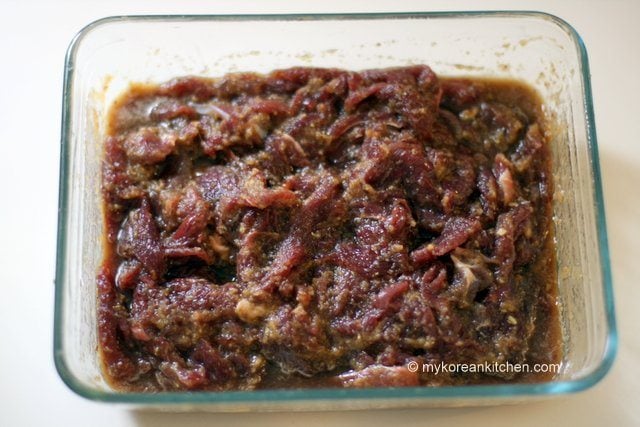 3. Leave the meat out for 30 mins before cooking, add a dash of sesame oil and mix well. 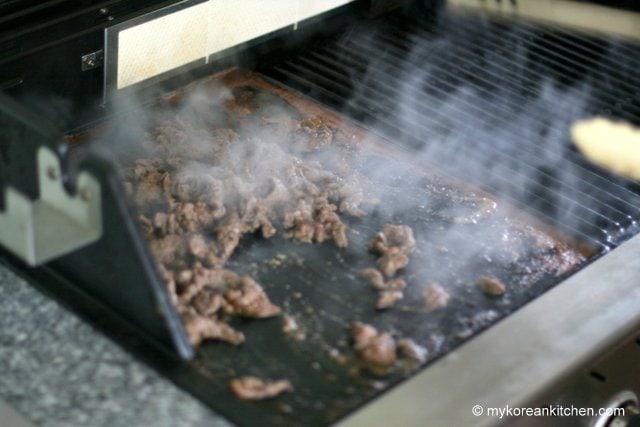 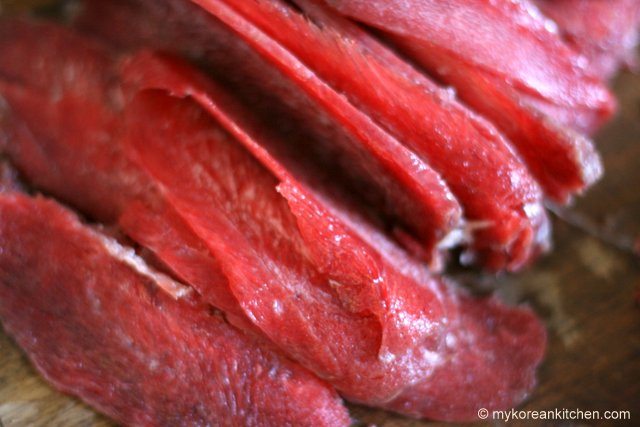 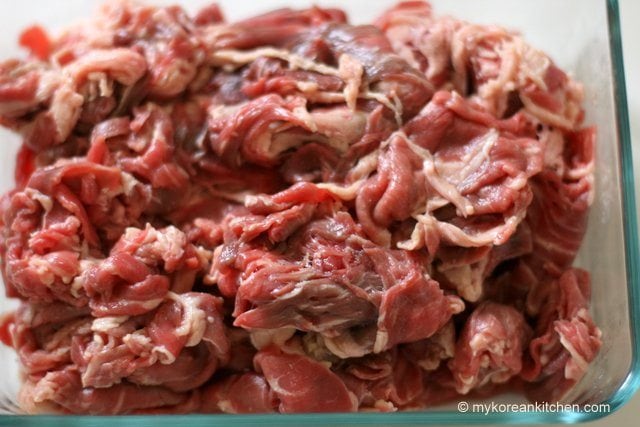 Additional readings for you:-

If you like, you can read more about “Aussie Aussie Aussie, Oi Oi Oi“ from Wikipedia and Nutritional benefits of Kangaroo meat from K-Roo.

Also below links are interesting magazine and new articles about the Kangaroo meat, which might highlight the controversy of eating Kangaroo meat.

Love Korean food? Browse lots more Korean recipes from my easy Korean recipe collections. And subscribe to my newsletter for all of the latest updates including new recipes, what MKK communities are cooking and K-Dramas!

Marinade Sauce (blend these with a hand mixer)

Tried this recipe?I love hearing how you went with my recipes! Rate this recipe with a comment below and tag me on Instagram @MyKoreanKitchen.
70 shares