What is Jwipo? Learn about popular Korean dried fish snack! 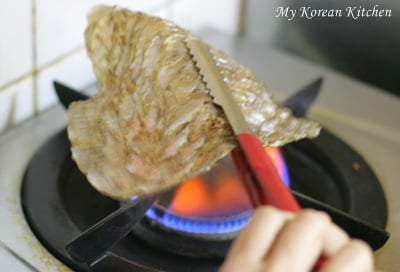 When I was a child I adored Jwipo / Juipo (쥐포) so much. It was my favourite snack in the world!

Jwipo is a Korean fish jerky made out of filefish. Once there was a rumor about filefishes that they are nearly extinct in Korea because of the massive consumption of Jwipo by Korean people. I have no idea if that is true or not.

Grilled Jwipo is sold on the street occasionally nowadays but it also used be sold at cinema snack bars as well.

There was an episode when I went to see “Jurassic Park” with my friend. I found that the snack bar was selling some grilled Jwipo, so I bought one just before the movie started. However, as I was finishing the one I had in my hand, I wanted to have some more. I ended up continually going backwards and forwards to get more Jwipo during the whole movie.

I think I nearly ate about 10 or more of them (Thankfully, it was my second time watching the movie, so I knew the storyline.) Though, it felt like I went to the cinema to eat those Jwipos instead of watching the movie, yet since then I don’t have any memories of eating them.

Then, the other day, I read an article about jwipo and that reminded of me how I fell in love with it at one time. So when I went grocery shopping the next day and I instantly grabbed it. 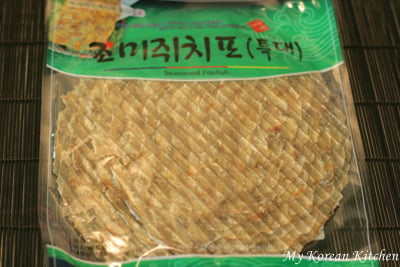 I just grilled them on a gas burner over medium heat. It was slightly salty and sweet, but fishy. It also was quite chewy. My jaw got sore a bit later. Overall, it wasn’t as delicious as I remembered but it was still a good snack. 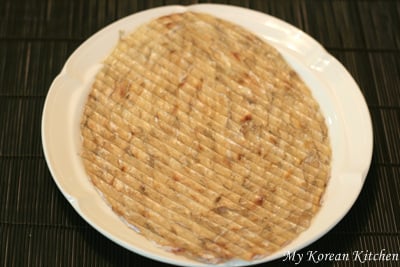 Later I looked at the back of the packet and there were a couple of cooking methods recommended by the manufacturer.

Option 2. Season with soy sauce. (Click here for my recipe!)

Option 3. Grill in a frying pan with some butter

Option 4. Microwave to warm it up and serve with some gochujang (Korean chili paste)  and / or mayonnaise as a dipping sauce – This method is also a popular way to serve at a drink bar in Korea. 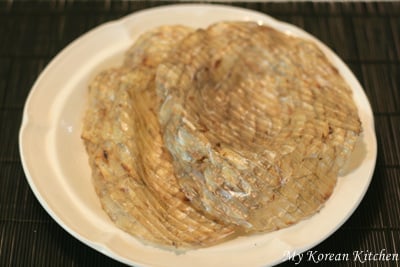 Tell me what’s your preferred method below. 🙂 I hope you try it soon!