Yangpun Bibimbap (양푼 비빔밥) is one of our favourite meals. It’s so easy and quick to make and you can use pretty much any available ingredients.

According to a Korean-English dictionary, Yangpun (양푼) translates to a large brass bowl but a large stainless salad bowl is typically used at a Korean restaurant.

Yanpun Bibimbap is often featured in Korean dramas and movies to express an actor/actress’ depressed or stressed emotion. The character is often in loose track pants and T-shirt and the hair is styled with a funny Korean apple hairstyle. 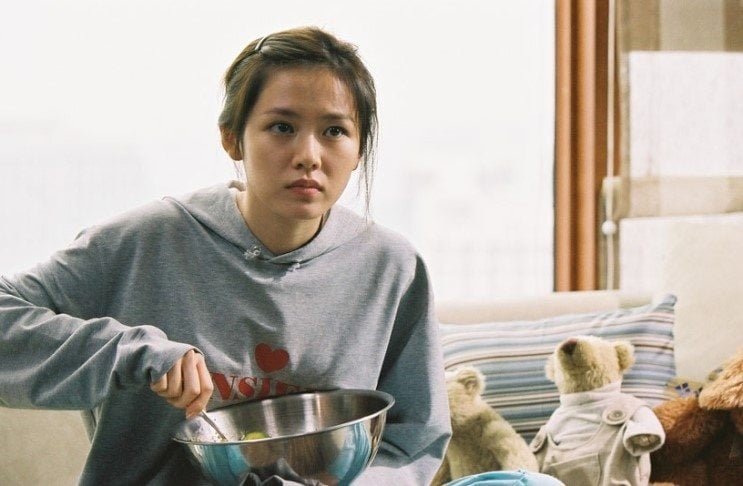 (Image from a Korean movie: ‘Art of seduction 작업의 정석)

As Yanpun Bibimbap is served in a large wide bowl, people usually share the bowl with others. Meaning everyone digs in and out their spoon into this bowl until the meal is finished.

So if you are not used to this Korean food culture, you might not like the idea of having Yangpun Bibimbap. However it is really a simple but great dish to try. I hope you like this recipe. 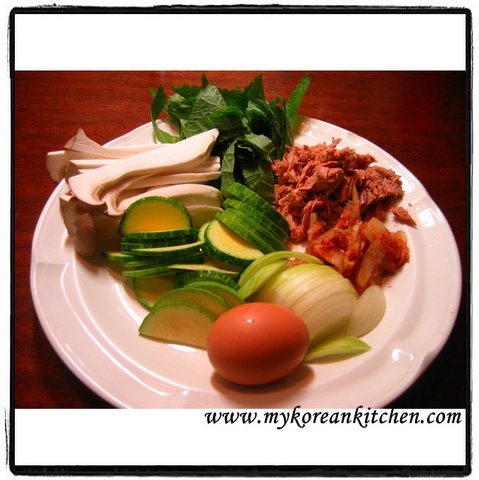 Bibim sauce (mix these well in a bowl.) 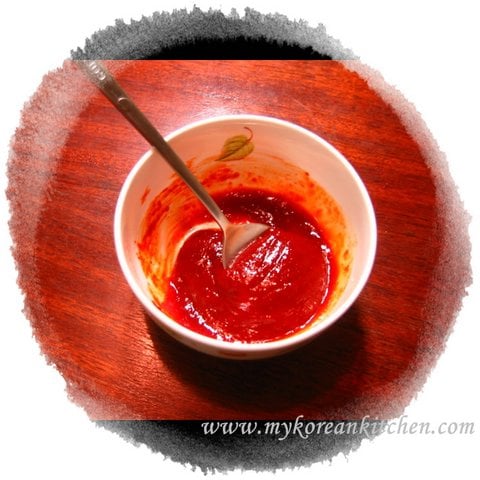 How to Make Yangpun Bibimbap 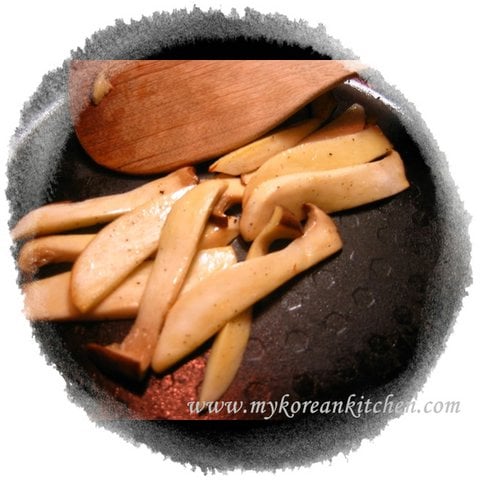 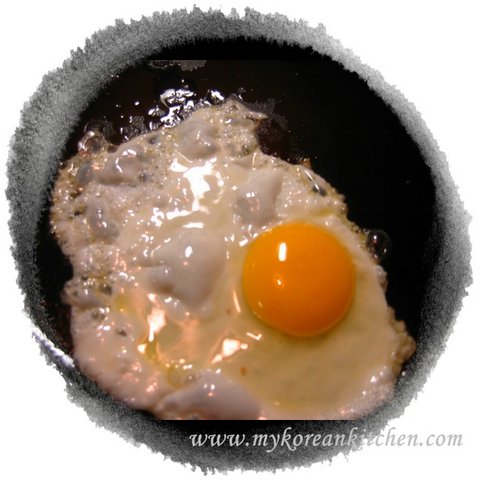 3. Stir fry some zucchini and onion with the soy sauce. 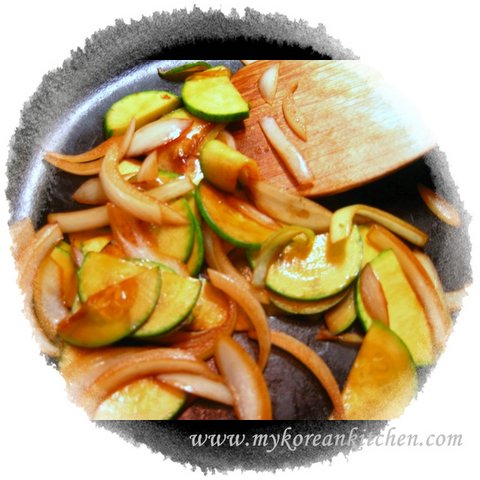 4. Put some rice into a Yangpun (The big bowl). Add the vegetables, meat, bibim sauce and sesame oil on top of the rice. 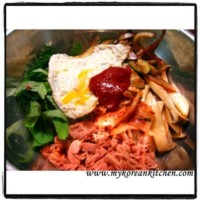 BIBIM SAUCE (MIX THESE WELL IN A BOWL.)

Tried this recipe?I love hearing how you went with my recipes! Rate this recipe with a comment below and tag me on Instagram @MyKoreanKitchen.
80 shares