Learn how you can use Korean plum extract in Korean cooking!

During the early days of My Korean Kitchen, I used Korean plum extract in some of my Korean cooking. These recipes are:-

Back then adding Korean plum extract was a very popular thing to do. (I think it still is. By the way, this is not a Korean traditional ingredient.) It seems that it was/is needed in pretty much any Korean dishes you can think of.

But practically speaking from your (as a reader and follower of my recipes) point of view, adding this Korean plum extract into my recipe makes my recipe not very practical. For one thing, it is not a very accessible ingredient, even to myself. So I stopped using it in my recipes when I moved to Australia.

Every now then though I still get asked about this Korean plum extract. People ask me why I’m not using it when every other Korean (in Korea) use it. Well, as I mentioned earlier, it’s not something you can get it easily from a Korean grocery store outside of Korea and I want my recipes to be practical and approachable.

That being said, it is always good to know how this Korean plum extract can be made or how else it could be used, for your future reference, right? You never know, this extract could one day dominate the aisles of the Korean grocery store. 😉

What is Korean Plum Extract 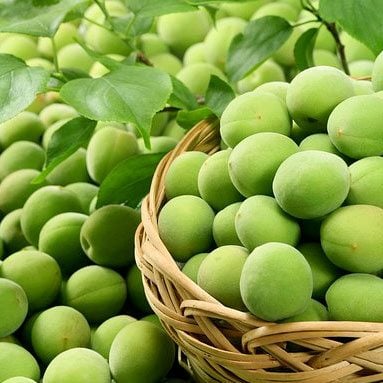 While there are a number of Korean plum extract brands available, the most famous (and my favourite) one is HongSsangRi Cheong Maesil Plum Farm 홍쌍리 청매실농원 (a photo at the top of the post).

If you would like to know more about this brand, watch this video clip. I actually have been to this plum farm once before when I was still living in Korea. I lived in a neighbourhood maybe 20-30 mins driving distance from the farm.

Where to Get Korean Plum Extract

Anyway, in Korea, this plum extract can be purchased at most major supermarkets (e.g. E-mart, Homeplus or Hanaro Mart) or many online stores.

As an indicative guideline, the Korean recommended retail price of a 600ml bottle of this plum extract is 20,000 won (US $18). If you’re outside of Korea, the only place I know sell this bottle is the US Amazon store, so if you know other places that sell this product, please share it in the comment section.

If you’re lucky enough to get some fresh Korean green plums where you live, you can make it yourself as well. I don’t have the recipe yet, but I’m hoping to share it in the near future.

How to Use Korean Plum Extract

Plum extract is particularly popular in a meat marinade as it is known to get rid of meat smells and oily taste and also softens the meat.

Another popular way to enjoy this plum extract is drinking it as a tea (hot or cold) by diluting it with some water. This tea is called Maesil Cha (매실차) and it is one of my favourite Korean tea. I hope you get to try this recipe as well!