Let’s learn what is Korean pickled radish and how it can be used in Korean cooking.

The most common food that is wrapped with this radish is Korean BBQ meat and it goes particularly well with Korean pork belly (Samgyeopsal). 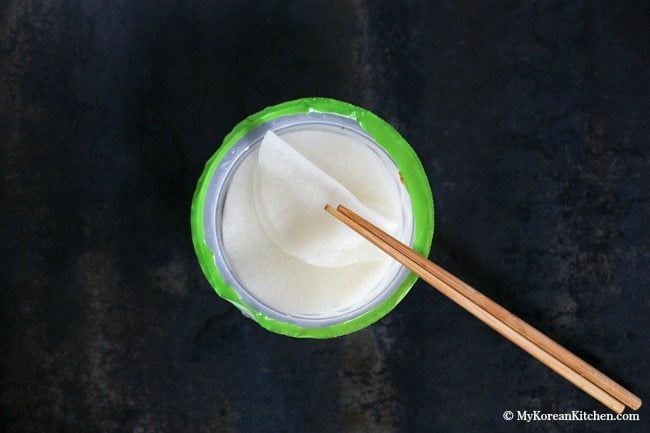 The pickled radish is crunchy, sweet and tangy. It is very popular even to people who are not used to Korean food. – You will be surprised!

You can find it in the fridge section at a Korean grocery store. It’s about AUD $3 -$4. It can be also made at home. Here’s a recipe if you want to try it out -> Korean Style Pink Radish Pickles (I used pink radishes instead of white Korean radish.)