As the end of the year is getting closer, I thought I would share the most popular posts in 2013 among My Korean Kitchen’s visitors. I decided to split this into the recipe category and other category. If you haven’t read these posts or tried these recipes yet, why not read and/or make them during your holiday? For the recipes, in particular, you could consider making them for your “Korean themed” Christmas or New Year’s Eve party. 😉 Well, I hope you enjoy these recipes! Merry Christmas and Happy New Year! 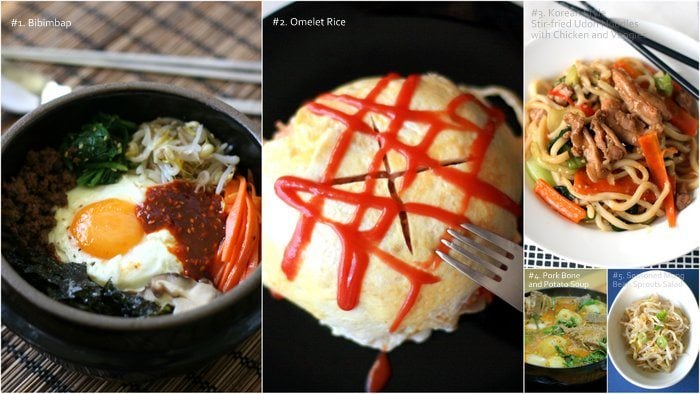 Another interesting thing I noticed is two of the recipes – Omelet rice and Pork bone and potato soup – these were published ages ago, back in 2007! It’s been almost 7 years and they are still very popular! A lot of K-pop fans tried my Omelet rice recipe after watching Rooftop Prince (Oktab-bang Wangseja, 옥탑방 왕세자), a popular Korean drama aired in 2012. I actually haven’t seen the drama myself, but I really should find out what the fuss is all about? 🙂 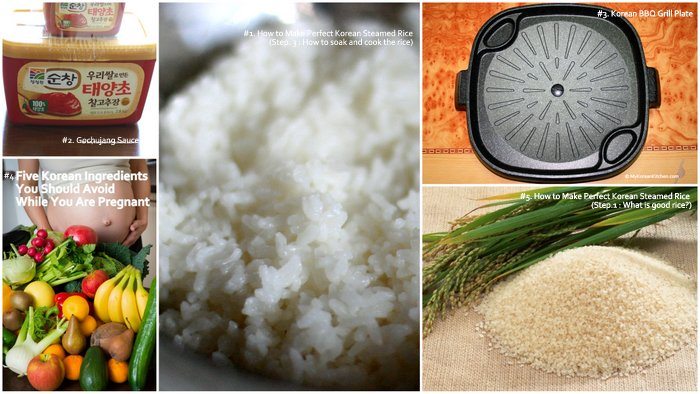 Top 5 – Most Popular Posts (Other category)

#4. Five Korean Ingredients You Should Avoid While You Are Pregnant (6,674 pageviews)

It looks obvious that everyone wants to eat “Perfectly cooked rice”! Back in 2007, I wrote a three article series on “How to Make Perfect Korean Steamed Rice”. The only article that didn’t make the above top 5 list is How to Make Perfect Korean Steamed Rice (Step.2: How to rinse the rice). Also if you are looking into buying a table top BBQ grill plate for your home BBQ needs, check out my Korean BBQ Grill Plate post to learn basic things you should consider. Finally, if you’re pregnant or you know someone pregnant and you or that person loves Korean food, be sure to check out my Five Korean Ingredients You Should Avoid While You Are Pregnant to learn whether there’s any Korean food you should eat or not eat. 🙂

Note: The above ranks are based on the website stats as of 20th December 2013.

Filed under: My Recipes, Roundups
Tagged with: blogging, reflection