Actually maybe I should say “sauces” instead as I’m going to share the three most popular and common Korean BBQ dipping sauces, not just one!

While some Korean BBQ restaurants might serve these three BBQ dipping sauces all together at the same time, I think certain sauce pairs better with certain types of BBQ meat, just like cheese with wine pairing. So I’ll do that pairing job for you below as well. I hope you have an awesome Korean BBQ next time at home! 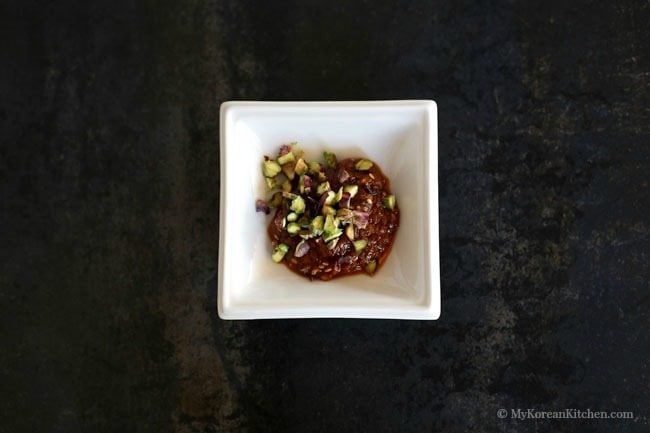 But as you can read from my heading above, my recipe is, well, no ordinary Korean Ssamjang. I decided to add some maple syrup to give it more moisture and also sweetness (and reduce some spiciness) and also pistachio nuts to give some extra texture and savoury flavour. It’s just awesome and wholesome!

I’ve always used store purchased ssamjang in the past for convenience reasons, but now I often make it at home. Not only can you control the ingredients and adjust the level of spiciness and sweetness, it’s also fresher and it doesn’t take much time to make at home. So give this a try!

Update – I wrote about ssamjang in more detail in my latest ssamjang article, so check it out if you want to learn more. It includes my tips on using non-Korean ingredients such as Japanese miso paste and sriracha sauce. [Ssamjang recipe]

Ingredients for 2 to 3 servings

**If you want to learn more about Korean ingredients, check my 30 essential Korean cooking ingredients list!

Mix the above ingredients in a bowl together. Distribute out to individual dip serving plates as needed. 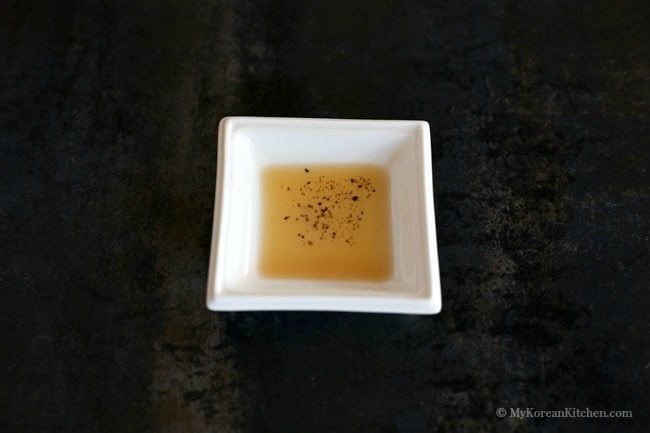 This sauce goes well with grilled mushrooms and grilled non-marinated pork belly (Samgyeopsal, 삼결살) or beef. Some ask if grilled pork belly already has enough fat on its own, why do you dip the pork in oil again?

Obviously it’s not everyone’s favourite option but my husband loves this combination. This sauce has a more mild and subtle flavour than the Ssamjang sauce from above so you can actually taste the main ingredients (meat or mushroom) better. And actually I don’t think it tastes extra oily, but rather it’s more savoury.

Add the above ingredients in a serving plate directly. If you need to serve for more people, make them individually in a separate dip serving plate. (This is how my mum used to do it at her restaurant. You don’t mix a big batch in a bowl.) 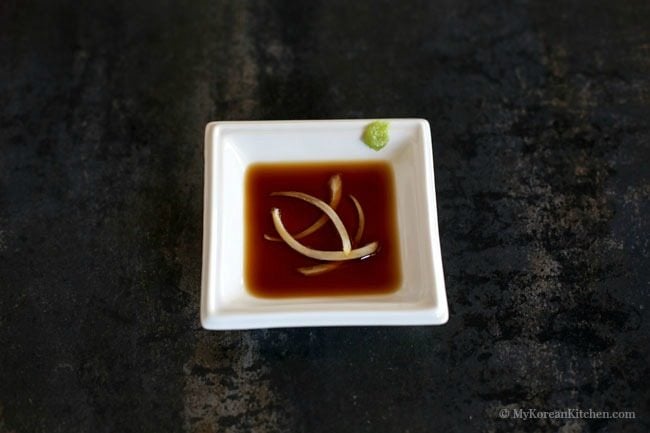 This sauce goes very well with char-grilled marinated pork or beef (Sutbul Galbi, 숯불갈비). I really like it. Probably because I prefer char-grilled BBQ over other meat and I always have used this sauce as a pair.

I usually dip the char-grilled meat into this sauce and eat it on its own rather than putting it in a lettuce wrap. If I do make a lettuce wrap, however,  I also add the Ssamjang sauce (from #1) in it. So it’s double dipped.

Ingredients for 2 to 3 servings 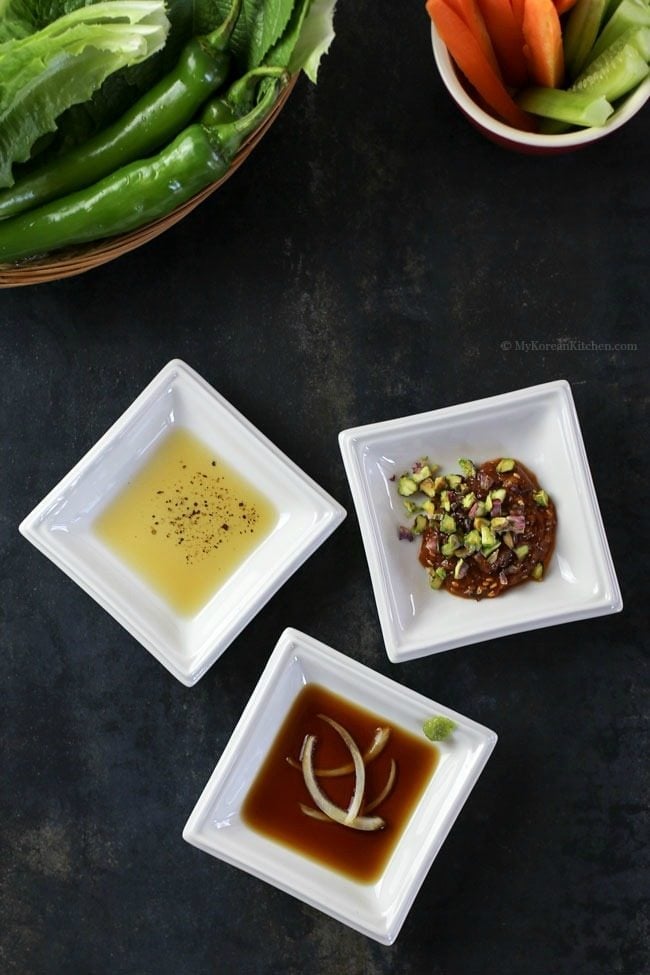 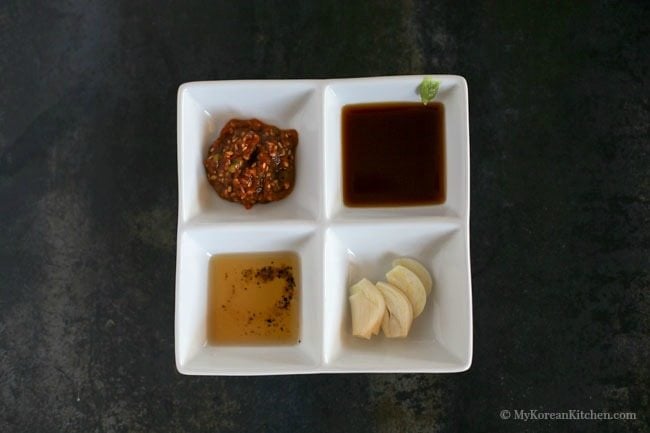 Tried this recipe?I love hearing how you went with my recipes! Rate this recipe with a comment below and tag me on Instagram @MyKoreanKitchen.
8.4K shares

How to Make Korean Sauna Style Eggs with a Slow Cooker